Oregon’s County-Level JVA provided a thorough example of spatial epidemiology using a variety of choropleth map approaches, as introduced above. Oregon used multiple methodological approaches beginning with a high number of key indicator variables that were eventually reduced in a backward stepwise regression model until only significantly associated variables were included.

Illinois undertook their JVA to inform work at the state level to conduct prevention activities, such as working with local health departments to develop jurisdictional response plans. The State leveraged national (e.g., Census Bureau) and local data sources (e.g., I-NEDSS; vital records) to derive 30 independent variables to test for association with the outcome of interest, HCV infections in individuals less than age 40. 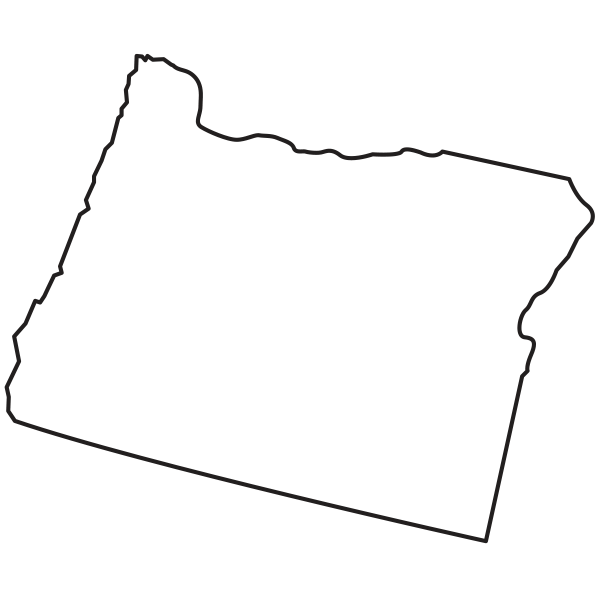 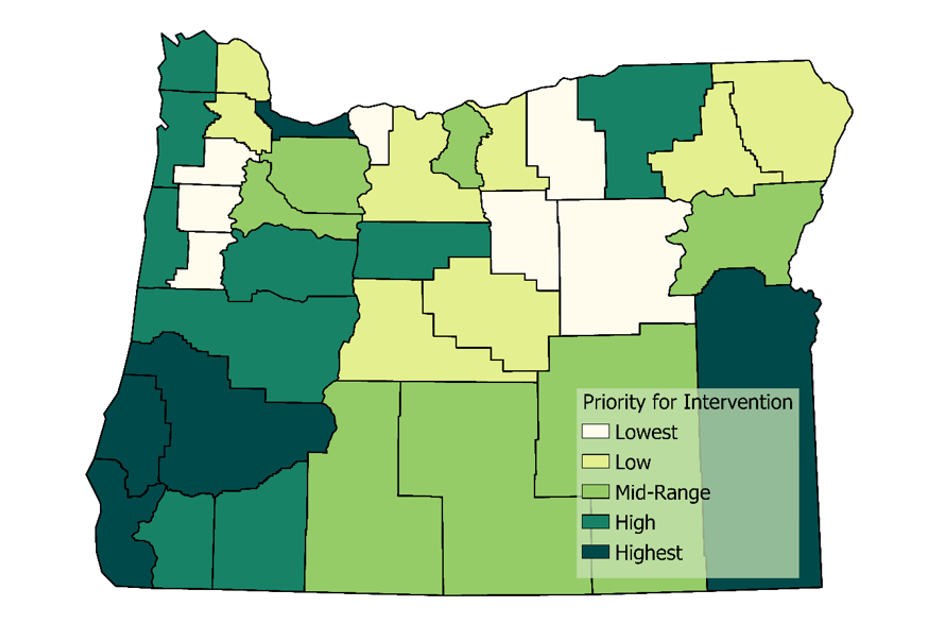 Oregon also produced a similar stylized county-level map for each variable in the final model. Breaks in additional maps were chosen based on the statistical properties of each variable mapped, and additional geospatial layers were added for relevance. For example, Oregon layered interstate and highway data on top of the county map showcasing high intensity drug trafficking areas. Layering here helped demonstrate the reliance on interstate travel for drug movement.

Oregon faced limitations in the analysis due to the small number of counties in the state, which reduced their statistical power. Geographically, large sized rural counties made it difficult to discern risk arising in specific communities. Oregon was able to present the choropleth maps along with contextual information gathered from other projects, to provide further detail of potential risk to stakeholders interested in these areas of the State. 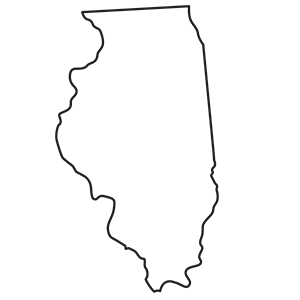 Illinois undertook their JVA to inform work at the state level to conduct prevention activities, such as working with local health departments to develop jurisdictional response plans. The State leveraged national (e.g., Census Bureau) and local data sources (e.g., I-NEDSS; vital records) to derive 30 independent variables to test for association with the outcome of interest, HCV infections in individuals less than age 40. Data at the ZIP code-level were obtained, and Illinois employed Negative Binomial regression methods after observing overdispersion in the outcome. For this analysis, Illinois used PROC GENMOD in SAS v.9.4 for regression modeling. Specifically, analysts ran bivariable regression models for each independent variable (approximately 30 models) with counts of HCV infections among individuals less than age 40 as the outcome, and population as the offset. Prior to regression modeling, Illinois combined data over two years (2017-2018), and all sampling units were treated as independent. Bivariable regression model results eliminated nine variables from consideration for the multivariable model due to statistically insignificant associations with the outcome at the 0.05 level. The remaining 21 variables were added to a multivariable model and backward selection was used to derive the final model containing eleven significant variables. Model assumptions and fits were checked and predicted person-rates were calculated for each ZIP code. These person-rates were used as the final vulnerability scores and ranked for reporting and mapping.

Illinois mapped both rates and counts of combined HCV incidence and drug overdose for 2017-2018 along with the final vulnerability scores, based on model-estimated rates. When working with local partners, Illinois found that ZIP code-level data gave far more detail than county-level maps, allowing local officials to focus on specific neighborhoods of high risk and high outcome. Partners found outcome rates (for relative comparisons), raw counts (for prioritizing resources) and vulnerability scores all to be useful. They further defined high risk as the bottom (i.e. most vulnerable) ranked 10% of counties and plotted that in a separate map.

Illinois used a number of software packages for mapping. Initial mapping was done in both R and GeoDa [10]. Illinois also had an academic collaborator who was able to produce maps using Carto, an online package that produces interactive maps [11].

Despite the large number of ZIP codes in Cook County (2019 population of over five million people), there was only a single ZIP code that was in the top 10% for the vulnerability scores. Therefore, Illinois did not highlight Cook County in the statewide maps; they plan to produce ZIP code-level maps specifically for Cook County and Chicago partners during their regional meetings. Overall, the state found that ZIP code data worked well and provided an additional level of detailed information compared to just using the county level.